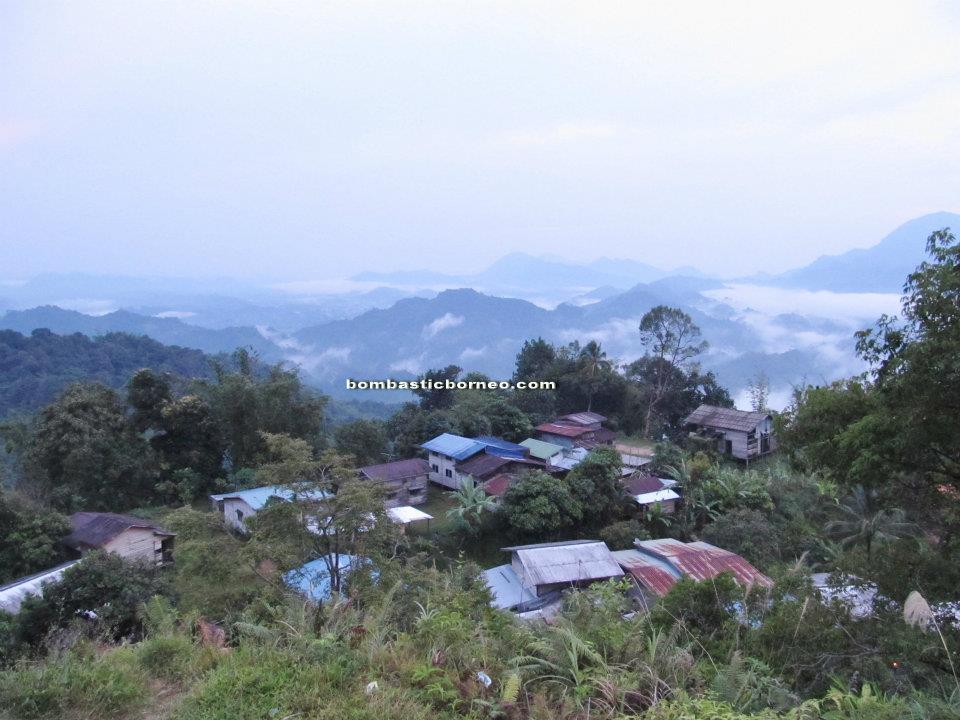 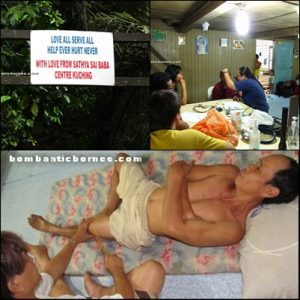 trek to Kiding but never got to do it until eventually in August 2011 Charlie Chan of Satya Sai Baba invited me to join his group of intern doctors, pharmacist & dentists to provide voluntary health services to the villagers of Kiding.  The invitation was most timely.  As I was treating Mr Bakas the Ketua Kampung for his thigh problem (which was smashed years ago by a falling durian in his farm!) he revealed there was a huge waterfall by the name of Garêg about 90 minutes away.

One month later I was back both for the followup treatment of Mr Bakas & his fellow villagers as well as a visit to Garêg Fall.  Perfect timing – it was the durian season.  The initial part of the trail was at its busiest I have ever seen as Kiding shares with Kpg Assom, Parang, Sapit and its nearest neighbour Kakas.  The whole Padawan was at the peak of its durian season.  Was caught in the rain yet again for the second time as we did the 1hr 45min uphill climb to the village with elevation 1450ft.  Once reaching Bakas house we had a quick shower before gorging on his durians.  Dinner followed soon after.  The night was preoccupied with treatment for Bakas, Nais, Suit and Romeo among some of them.

The next morning we started the trek at about 10am with Bakas and his brother in law Nais.  The trail to the waterfall was littered with either rotting durian skins or freshly fallen durian flowers.  Amazing phenomenon where the same durian tree has ripening fruits and flowering simultaneously.  The journey was interrupted a couple of times with durian stops as generous villagers offered their overnight harvest.

Surprisingly the trail to Garêg Fall via Kiding was a lot easier than we had expected.  Garêg Fall is also accessible from Kpg Semban although we have never tried it.  In my opinion, Bengoh – Semban is a lot tougher than Bang Baku – Kiding.

When Bengoh dam gets impounded in 2012 the landscape around Bojong-Rejoi-Semban will take on a completely new look.  The trail to these affected villages and Garêg Fall will never be the same again, for better or worse we will have to wait and see.  Kiding is outside the perimeter of the dam and I can foresee it will eventually outshine its more illustrious neigbours in terms of eco and adventure tourism.  Kiding also has 2 caves at Gunung Manǔng one of which is Gua Baran which has an interesting legend best heard first hand from the villagers.  The lookout point right in the village provides a perfect panoramic view of the Padawan mountain ranges and its flowing clouds both at sunrise and sunset.

Kiding is blessed with so much in flora diversity that the Sarawak Biodiversity Centre is adopting it for a pioneer project on the ‘pakak’ plant.  R & D is still ongoing for pakak to be used as an ingredient for shampoo.  This leverage from SBC should be further extended to develop Kiding into an educational entity  whereby tourists could check in the homestay and attend a short course on plant identification, medicinal and culinary usages.  Perhaps these 2 links could give SBC a better idea:-

Kiding has all the potential of a ecotourism success story, just that it is raw & unpolished. 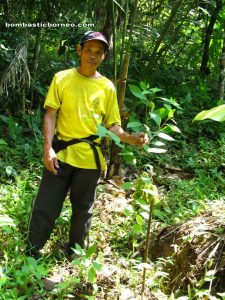