While we Sarawakians proudly boast & brag on being the biggest electricity producer in Malaysia if not in SEA, ironically most remote villages have remained in darkness like their ancestors have endured for generations.  This ‘power pride’ is never shared by our brothers in the interior where even if there are generator sets, light comes on only at about 7pm and off before 9pm because it would be too costly to run them 24/7 despite subsidized diesel (but taken off recently).  Transportation cost by river/road/jungle track is simply too costly and slow.  The government  with all guns blazing and marching into Vision 2020 (the year Malaysia hopes to declare itself a developed nation)  cannot even lift a finger to light up the already miserable lives of these villagers claiming the issue being  ‘economy of scale’ meaning if it is not PROFITABLE  then it cannot be done!  While most bewildered villages continue debating on this big economics jargon and lamenting on their deprivation of TV wrestling programs and cold beers, some villages and individuals have taken things into their own hands and created that light at the end of the tunnel.

One such village is Kampung Parang, blessed with an ever flowing River Sapit, in the Borneo Highland about 60 Km away from Kuching.  Where solar panel failed miserably they turned to microhydro.  Every villager since a year ago started regularly contributing RM5  to a pool until they managed to save RM30,000 to engage a Kelabit contractor to start working on this humble electrification project.  Although the construction was a success the power output from the China made 10KW turbine was found to be below the required amount for the 60 households in Parang, a forgivable mathematical oversight. 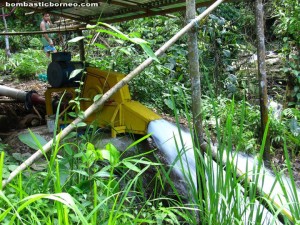 Oh well, at least some can now proudly own a fan, a plasma set to watch WWF, a fridge to keep their Heinekens cold, student can study late into the night and mums can try out a recipe on kek lapis-one happy family.

We hope with the success of Parang, nearby villages like Sapit, Kakas, Kiding and Assum can follow suit. 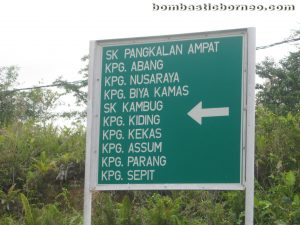 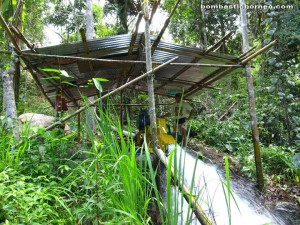 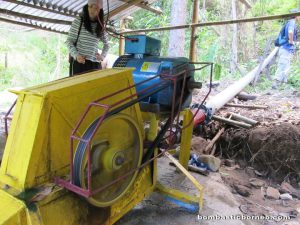 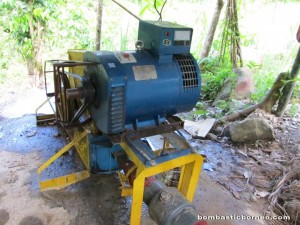