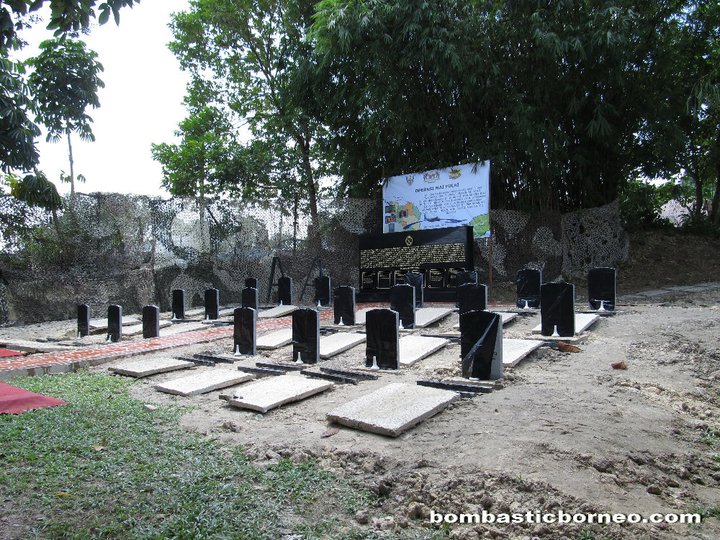 The remains of 21 Iban trackers who served the British gallantly during the colonial era and Confrontation finally arrived in Kuching. Family members of some 21 brave Iban Trackers and Sarawak Rangers, can finally find closure after about 50 years of separation.

A wave of honour, respect and pride swept through the hundreds who went to the Malaysian Air Force Base here yesterday to await the arrival of the remains of the heroes who were killed in action between 1948 and 1963.

After lying in graves throughout the peninsula and Singapore for years, the remains were flown back under Operation Mai Pulai (“come home” in Iban) in urns in wooden boxes draped in the Jalur Gemilang to be reburied in the state.

Accompanied by war veterans led by decorated Iban warrior Temenggong Kanang Langkau, the remains arrived at the base here at 1.15pm on a C130 military transport aircraft.

Officers on the tarmac saluted as the urns containing the remains of the trackers and rangers were carried out of the plane. Some came back only in name, as their bodies could not be retrieved.

Upon arrival, Kanang led in a ritual known as miring turun sembilan – nyambut bujang brani. The whole ceremony was handled by the state Customs and Traditions Council of the Chief Minister’s Department.