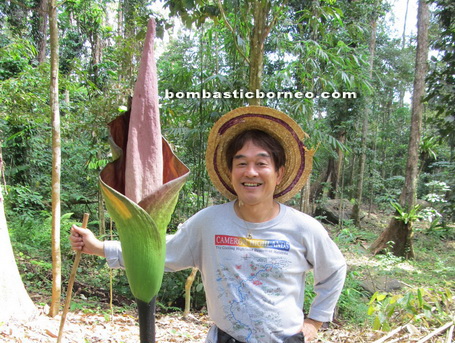 After all the hype in the media about Sir James Brooke’s cottage (as well as Alfred Wallace’s study) the 2 hour trek to the historic site situated at over 400 meters on the Serumbu Mountain was both tiring & disappointing , as not a trace of its existence could be seen except for a signage of its site. Even a bad replica would have done some justification. 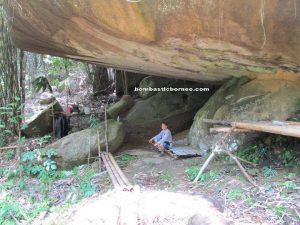 We found consolation 100m away where we were drawn to a giant outcrop forming a very soothing cave. Very similar to the one in Kpg Gumbang.  Although not single was around there seemed quite a lot of activities going on here judging by the number of roughly made bamboo furnitures and structures. More evidence of camping activities was found behind the ‘cave’. From the cave we ventured higher up to 2 very interesting lookout points, the better one is of course the higher one. Pretty steep on the way up and the long rattan tied around the trees by the villagers sure came in handy. Safety rail has yet to be constructed around these dangerous lookout spots. One slip on the slope is sure death. But I’m sure this issue can be easily solved given the ample supply of giant bamboos that grow around this mountain. I would consider the lookout point & ‘cave’ to be 2 of the 3 most viable selling points of Mt Serumbu. The third, which is very much overlooked, is the abundance of amorphophallus (world’s tallest flower) found at the foothills.  The sight of so many of these giant flowers was such a pleasant & welcoming surprise as we started the trek from Kpg Peningjau Lama.  Definitely under exploited. Wouldn’t it be awesome if every household in Peninjau Lama were seen to cultivate this beautiful plant?

Driving on the way out, I stopped by Mr Sidup ak Sikor the village chief’s house to introduce myself as well as to gather more info from him. Said the village would be constructing an office near the trailhead soon to handle the ecotourism business, which is good. BTW, he also mentioned guiding fee would be set at RM50 and entrance fee RM10 duplicating what Sarawak Forestry Corporation charges in all the National Parks in Sarawak. Maybe they should consider 2 tier prices for tourists and locals. Honestly, a lot still has to be done by both the villagers and government. E.g. road widening, car park, toilet/changing room, café, safety features, rest stops, guide training, designating camping ground, signages leading from the main road to the village. Before we see the eventuality of a replica of the Cottage with whatever budget the village has should be concentrated on these basic facilities.  If properly organised, Mt Serumbu has enough attractions to draw in the crowd.  Its historical asset should only serve as a bonus. 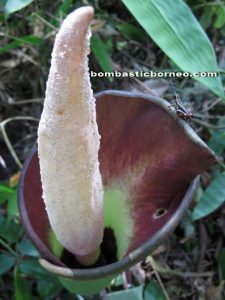 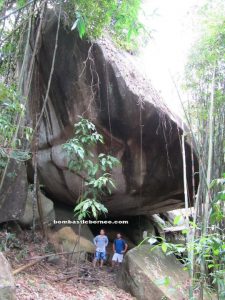 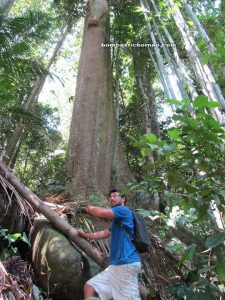 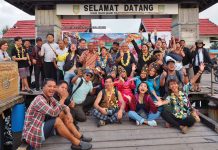